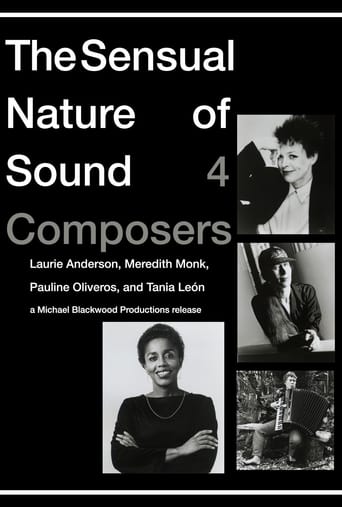 The Sensual Nature of Sound portrays four New York based composers and performers in terms of their musical lives and artistic passion. Though Laurie Anderson, Tania Leon, Meredith Monk and Pauline Oliveros are all pioneers in American music, each composer pursues a distinct direction of her own. Their rehearsals and performances show a common pursuit of lyrical storytelling through which a new set of contemporary narratives has been forged. Through body, sound, movement and composition, these women have forged their own path through the wild world of modern music.