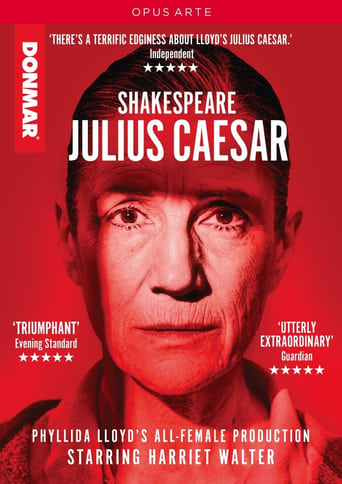 Described by The Observer as 'One of the most important theatrical events of the last twenty years', the Donmar Warehouse presents the first part of Phyllida Lloyd's Shakespeare Trilogy in cinemas. Julius Caesar depicts the catastrophic consequences of a political leader's extension of his powers beyond the remit of the constitution. As Brutus (Harriet Walter) wrestles with his moral conscience over the assassination of Julius Caesar (Jackie Clune), Mark Antony (Jade Anouka) manipulates the crowd through his subtle and incendiary rhetoric to frenzied mob violence. Phyllida Lloyd takes her tense, arresting production of Shakespeare’s famous discourse on power, loyalty, and tragic idealism into a gripping version for screen. It will be screened at selected cinemas across the UK from 12 July. See below for full cinema listings and to book tickets.