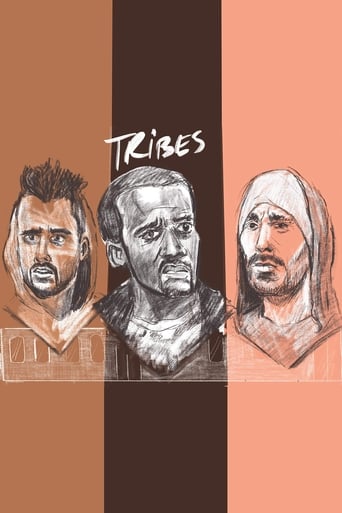 Tribes tells the story of an African American, an Arab-American and a white guy who try to rob a subway wagon. Because none of them wants to rob people of their own race, it sets them off to a series of arguments over self-identity. This leads the would-be bandits to continually divide the passengers into various ethnic, cultural and economic subgroups in an effort to find a class of people that none of them identify with - a group they can feel good about robbing. When the train arrives at the next station, no one expects that the situation would be reversed. Self-identity is truly a bitch.