Even though bringing in cameras to the internment camps was prohibited, one man managed to smuggle in his own camera lens and build a camera to document life behind barbed wires, with the help of other craftsmen in the camp. That man was Toyo Miyatake, a successful issei (first generation immigrant) photographer and owner of a photo-shop in the Los Angeles Little Tokyo district, and of one of the many Americans who was interned with his family against his will. With his makeshift camera, Miyatake captured the dire conditions of life in the camps during World War II as well as the resilient spirit of his companions, many of whom were American citizens who went on to fight for their country overseas. Miyatake said, "It is my duty to record the facts, as a photographer, so that this kind of thing should never happen again." 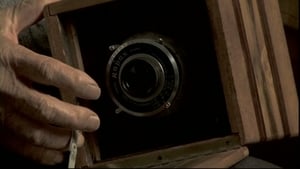