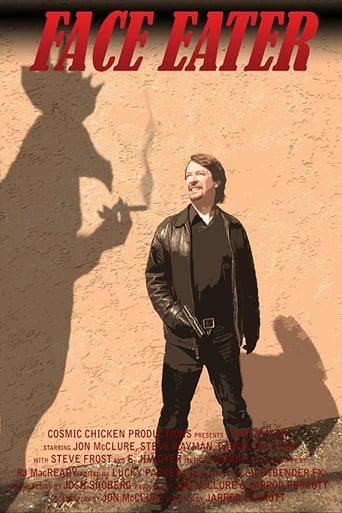 Mild-mannered bookstore owner and comic book dealer Flecks Crushe leads a double life as a pathological mob enforcer for his ruthless boss, Senator Corman. When Flecks is seen acting strangely his cohorts question his sanity. After Flecks kills a member of his crew for working with his arch-nemesis Romero, Mike & Lenny decide it's high time to fit Flecks with a pine overcoat. As the dark and ludicrous world of Face Eater unfolds, the mobsters fight it out the only way they can. And you will be on the edge of your seat trying to decide who will avoid having their face eaten!