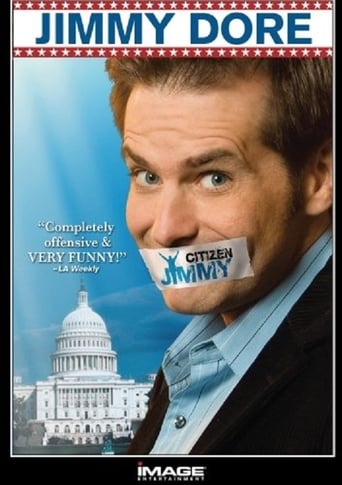 Already the star of his own half-hour Comedy Central special, and a writer performer for the Off Broadway hit "The Marijuana-logues," Jimmy Dore is best described by critics as a "Bad-assed Bill Maher with a boulder sized chip on his shoulder." Jimmy Dore now takes on the government and the easily misled in his hilarious new one hour Comedy Central Special Citizen Jimmy. He's not a partisan, he's a citizen. Citizen Jimmy.