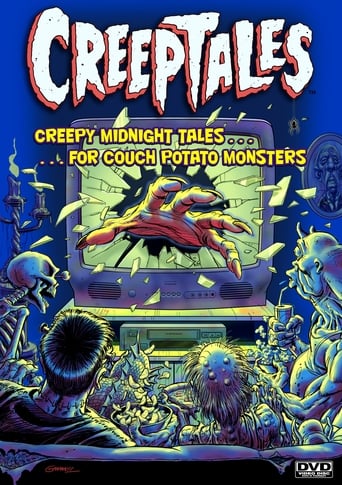 On Halloween night, two shabby, dimwitted hunchbacks dig up the anthology horror video CreepTales that was buried with their Uncle Munger, and show it to their dimwitted monster friends.Filming began in 1986 and was finished in 1989, but the video was never released until 2004.