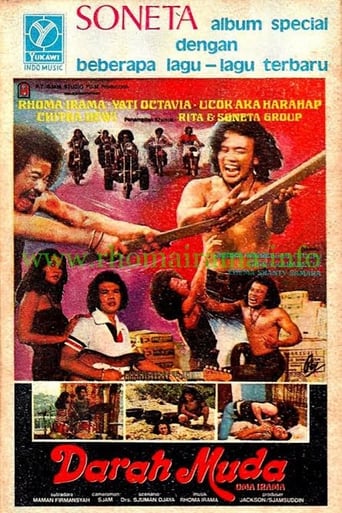 Rhoma and Ricky not only have a different taste in music but also differ in the way they live. Rhoma tries to promote Dangdut music and has a religious life, while Ricky likes rock and has a reckless and free lifestyle. Ricky, who is also a good boxer, joins the group, Apache, and becomes the lead. He becomes angry when he hears that Rhoma’s music group has a successful performance in Jakarta. Ani, who was a singer in the Apache group, starts to change. She prefers Rhoma and is getting tired of all the drinking and drunkenness. Rhoma and Ani start dating and get engaged. Conflict between the two groups becomes heated. Rhoma is tortured and his hand crushed so he cannot play guitar anymore. Wounded, Rhoma goes to a teacher in a secluded village. Here, his wound is healed and he is taught martial arts. After returning from the village, he finds that Ricky is raping Ani. So a final fight ensues, and this time it is Rhoma’s turn to crush Ricky’s hand.