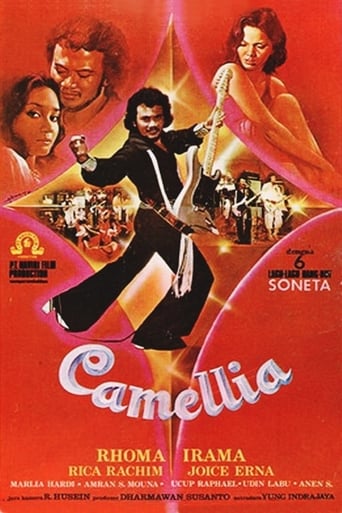 Rhoma finds Camelia, a desperate girl attempting suicide, as she can no longer bear the physical and emotional torture from her stepmother, Joice, who accuses her of stealing a diamond. After being saved, she becomes good friends with Rhoma. Rhoma invites her to live with him by disguising her as a mute boy. But Rhoma’s mother sees through this disguise and throws her out of the house. Rhoma returns home after signing a contract for a show. He manages to convince his mother to accept her back. Then he searches everywhere for Camelia but he cannot find her. Sadly, Camelia has been tricked by Joice’s friends into being a prostitute. In the brothel, Camelia sees her stepmother. Rhoma reports Joice to Camelia’s father, who then informs the police. Joice is arrested and Camelia goes home with Rhoma’s mother.