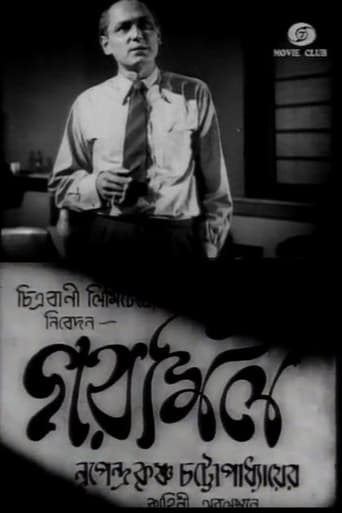 Niren Lahiri directs this social-minded melodrama about the complicated relationship between a traditional Hindu family headed by Madhab Thakur (Choudhury) and their progressive next-door neighbor Mukherjee (Chhabi Biswas). Thakur's daughter, Malati (Sheila Haldar), and Mukherjee's son, Robi (Robin Majumdar), run a school teaching traditional Hindu values which they hope will become a countrywide franchise. Their planned nuptials are impeded when Malati's older sister is forced to marry a Brahmin against her will, resulting in a full-scale revolt in both households. Eventually, the rift is settled, the hero and heroine marry, and a sort of Hindu-laden modernity reigns in the two families.