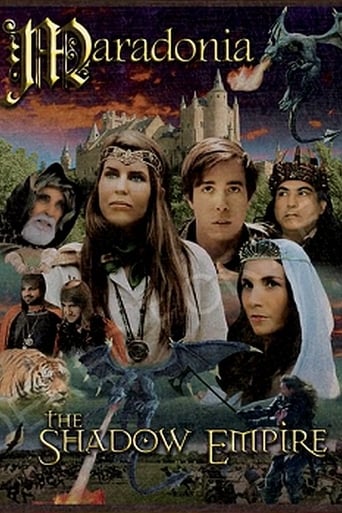 Maya and Joey, a young brother and sister from the small city of Oceanside, find a gap in the fence of a Government property. Going through it, they soon discover the entrance to a Cave with a hidden tunnel that leads them to a strange place and world on the other side. Maradonia, a world between the worlds and with the youngsters arrival, the ancient prophecy of the Light King is fulfilled: “In the last days at the end of the age, when two silver birds attack the twin brothers, two children will arrive in the land of Maradonia and show the fallen angel and ruler of the Shadow Empire, his limitations”. In the legendary land of Maradonia, the ordinary lives of Maya and Joey change forever. As brother and sister find themselves in an unfamiliar and perilous world ruled by magic and dark power, a journey brimming with excitement and adventure begins.