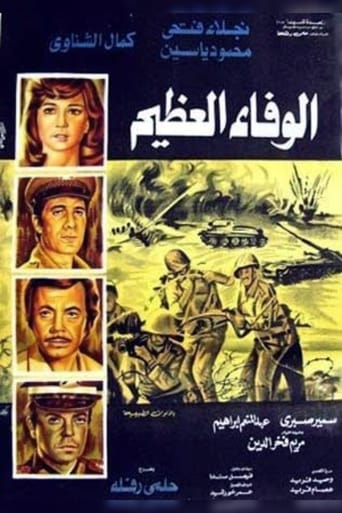 Hussein kills Suha, who prefers to marry Raouf despite his love for her, Rauf adopts the orphan girl loyalty to raise her to distract him from his sorrows, the years pass and admire the son of the family friend Adel, while linking love between her and Safwat Ibn Hussein, but Rauf refuses their marriage Adel, the war of October 1973, in which Adel and Safwat are engaged and linked by friendship, Adel discovers Safwat's love of loyalty, return after victory to withdraw Adel from the life of loyalty and convince Raouf to marry Safwat