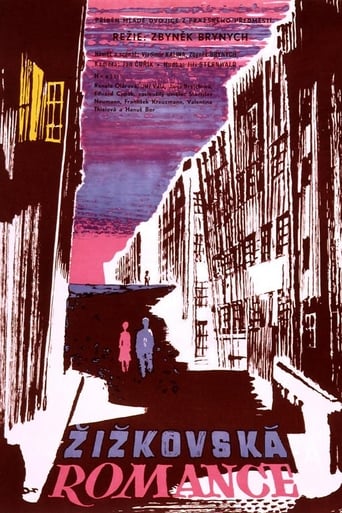 The title of this Czech domestic drama translates loosely as A Suburban Romance. The heroine is a young, unmarried woman who finds herself a "little bit pregnant." She tries to hide this fact from her mother, but it isn't long before the truth is obvious. This is the main story; the rest of the film consists of brief character vignettes, illustrating the diversity of the neighborhood in which the girl lives. Refreshingly, Zizkowska Romance is free of political propaganda, which was the exception rather than the rule back in 1958. The film was one of Czechoslovakia's entries in that year's Cannes Film Festival.