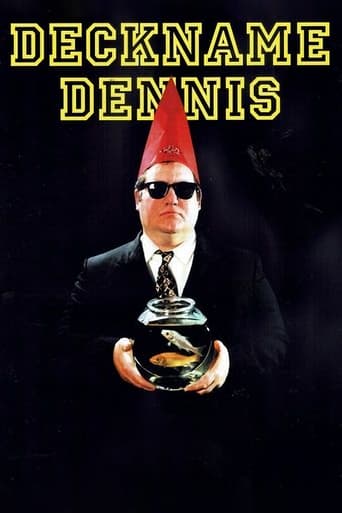 Dennis, an American private eye, is sent to Germany to find out as much as possible about typical Germans and typically German behaviour. Disguised as a TV reporter he sets sail for Germany where we follow him interviewing a wide variety of people, from politicians and intellectuals to policemen, demonstrants and ordinary people in the street. All this, however, is not what the film is really about, for "Deckname Dennis" is actually a satirical documentary about all those extremely odd people, groups and societies whose attitudes and behaviour are far too outrageous for anybody to take seriously. Therefore ALL the documentary bits are real, i.e. the people really thought they were being interviewed by an American reporter, and so they gladly presented an insight into their beliefs, ideas and goals.