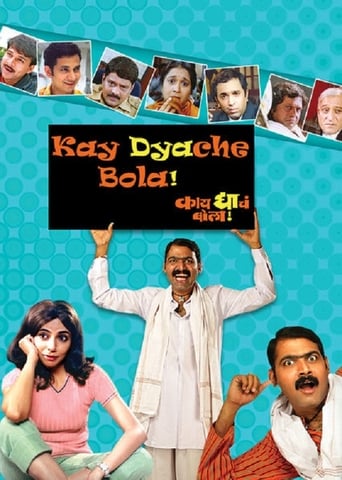 Harshvardhan Ghodke (Akshay Pendse) and Abhijit Vaidya (Umesh Kamat), are engineering students, who lie to their parents and land up in Bombay to have fun for a couple of days. Unfortunately, they get caught up in such a mess with the law that they can't find a way out. They are framed for a murder they didn't commit. Stuck in a hopeless situation, they look for help everywhere, but no one seems forthcoming until, Keshave Kunthalgirikar (Makarand Anaspure) comes to their rescue. Keshav is Abhijit's uncle who is clumsy and perennially in a mess himself. The drama begins when Keshav, who has never won a single lawsuit, is forced to defend Harsh and Abhijit against prosecutor Advocated Phandnavis (Sachin Khedekar), a formidable opponent who has never been defeated in court. The argument between these two unlikely opponents brings forth, amongst other things, the differences between the rural and the urban ways of life.