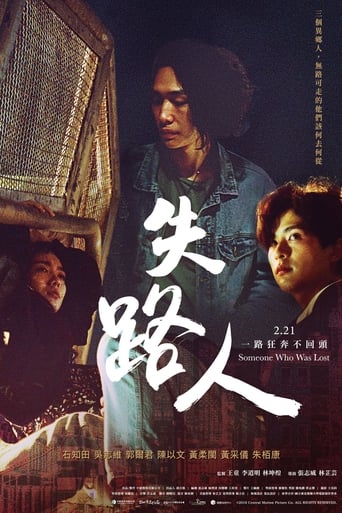 Inspired by the notorious "cement murder" incident that shocked Hong Kong and Taiwan, this engaging crime drama is also a timely reflection on society and the struggles faced by young adults. Siblings Cong and Panda, along with Taiwanese student Tai, share a duplex apartment in Hong Kong. When Cong accidentally kills their landlord due to a series of misunderstandings, the three decide to seal the body in cement and flee to Taiwan. After news of the murder explodes over TV and the Internet, they are forced to avoid attention at all costs; not just from the police, but also the landlord's brother who seeks revenge.