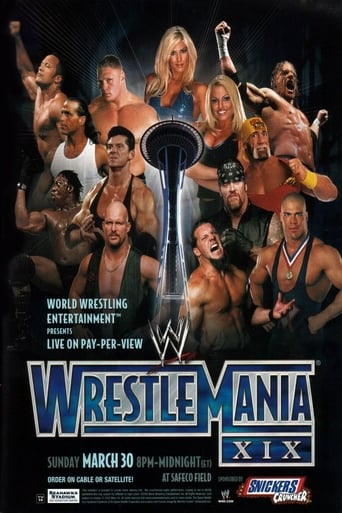 WrestleMania XIX was the 19th annual WrestleMania professional wrestling pay-per-view event produced by World Wrestling Entertainment. It took place on March 30, 2003, at Safeco Field in Seattle, Washington. The event was the first WrestleMania held in the state of Washington. A record-breaking 54,097 fans from all fifty states and numerous countries from around the world at Safeco Field resulted in a gate attendance grossing $2.76 million.