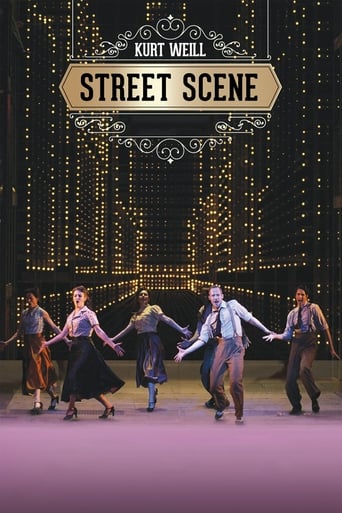 The doorstep of a popular building on the East Side of New York is the scene of many events. Kurt Weill's Street Scene, a work that in many ways resembles social satire, tells these stories made up of love stories, arguments and betrayal by refocusing its intrigue on the couple formed by Frank and Anna Maurant , as well as their daughter, Rose. An irascible and violent brute, Frank neglects his wife to the point of pushing her into the arms of one of their neighbors. Their teenage daughter does not know how to free herself from the annoying advances of the young people of the neighborhood. As the drama of their existence gradually appears to take on the proportions of a tragic epic, Weill contrasts his story by portraying the total indifference of the outside world to these trivial and insignificant lives.