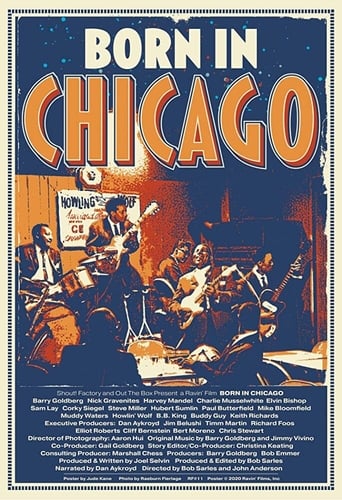 "Born In Chicago" is a soulful documentary film that chronicles a uniquely musical passing of the torch. It’s the story of first generation blues performers who had made their way to Chicago from the Mississippi Delta and their ardent and unexpected followers – young white, middle class kids who followed this evocative music to smoky clubs deep in Chicago’s ghettos. There, against all odds, they were encouraged by the greats who had became their musical mentors and learned the art of the blues at the feet the masters, going on to make the music their own.