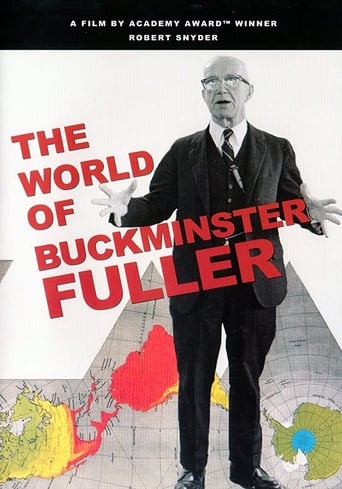 Architect, engineer, geometrician, cartographer, philosopher, futurist, inventor of the famous geodesic dome and one of the most brilliant thinkers of his time. Fuller was renowned for his comprehensive perspective on the world's problems. For more than five decades he developed pioneering solutions reflecting his commitment to the potential of innovative design to create technology that does "more with less" and thereby improve human lives. He spent much of his life traveling the world lecturing and discussing his ideas with thousands of audiences. Now more relevant than ever, this film captures Fuller's ideas and thinking told in his own words.