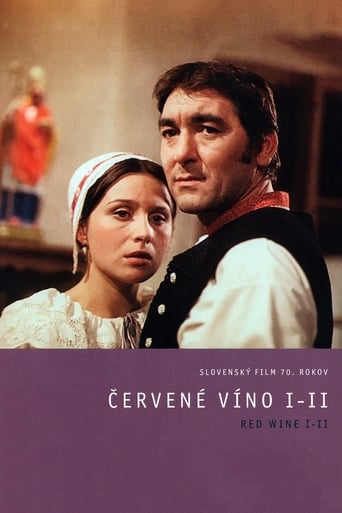 An epic saga of the Habdza family of vineyard keepers set in western Slovakian countryside at the beginning of the 20th century. Director Andrej Lettrich's novel adaptation talks of plotting, forbidden love. family discord, and struggle for heritage and power. The story is engaging thanks to the impressive performances of popular actors, dramatic situations, and sensitive music. Red Wine is not so much inventive in terms of auteurship as it is a work of excellent craftsmanship. The resulting picture is a costume production neatly adapted to the character of Slovak rural life in the past.