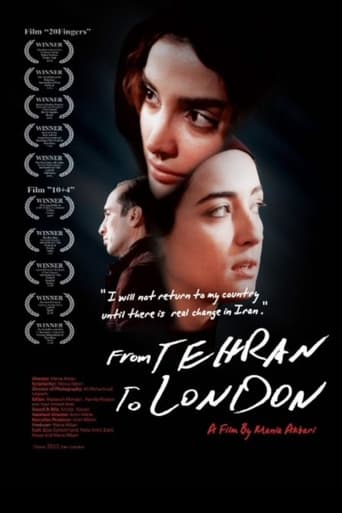 Mania Akbari’s From Tehran to London (2012), has a Russian-doll structure. It begins with Akbari shooting her latest film entitled Women Do Not Have Breasts about a couple, the young poet and writer Ava and her upper-class older husband Ashkan, who live in a large, beautiful – yet isolated – house in the hilly outskirts of the city. Household workers Maryam and Rahim attend to their needs. But despite their comfortable lives, Ava is increasingly dissatisfied and estranged in her relationship with Ashkan. What seems to have been an exciting relationship in the past is now little more than a series of mutual reproaches, as Ashkan incessantly tries to change Ava into someone she isn’t – a dutiful wife.