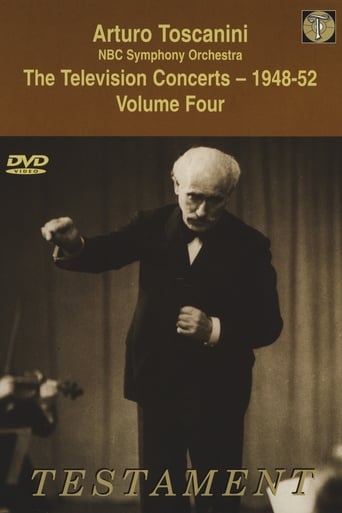 The historic Toscanini television concerts with the NBC Symphony Orchestra. Broadcast #7 was of a concert on December 29, 1951 from Carnegie Hall, featuring music from Wagner's operas. (Concerts #6 and #7 were released as "Vol. 4" in the DVD series.)