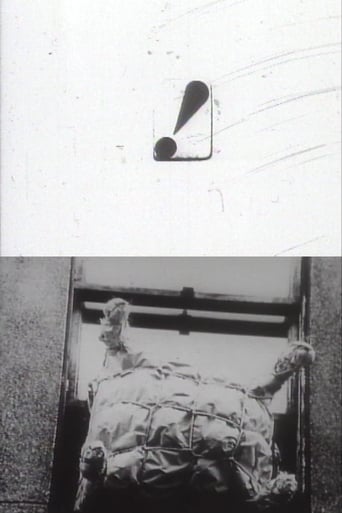 Hi-Red Centre were comprised of Genpei Akasegawa, Natsuyuki Nakanishi and Jiro Takamatsu, who enacted ‘happening’-style performance art in unusual spaces during the early 1960s in Japan. The film is an extremely rare document of one of their early events, where they hired out a room in the Imperial Hotel and invited many friends and professionals in the art scene to participate in the occasion. The performance parodies Cold War fears and the construction of private bomb-shelters, as they diligently measure each guest’s weight and proportions in pretence that they are to build human-size shelters for each individual. Key figures of the art scene make an appearance, including Yoko Ono, video-artist Nam June Paik, noise artist Yasunao Tone, filmmaker Masao Adachi and graphic designer Tadanori Yokoo. A rarely seen and exceptional insight into the Japanese art scene of the era, Jonouchi records the event in his characteristically erratic style.