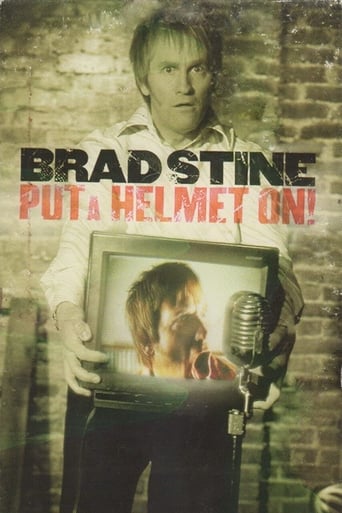 Put a Helmet On! is Brad Stine's 1st major release and features Brad's wonderfully hilarious brand of clean comedy. Brad's comedy is sweeping the nation and his popularity is booming! This first-rate performer has been a headliner in comedy clubs and colleges across the country for years, and has been seen on MTV's "Half Hour Comedy Hour," Showtime's "Comedy Club Network" and A& E's "Caroline's Comedy Hour," "Evening at the Improv" and "Comedy on the Road."