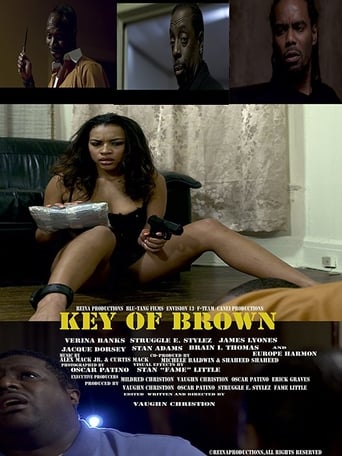 Key of Brown a thriller, action, drama, tells the story of one harrowing night in the life of "Bernadette Lawson" a retiring call girl, recently released from prison and serving out the remainder of her sentence on monitored house arrest. In need of cash, she can't resist doing a, quick, one hour, five hundred dollar favor for her ex-madam but the night turns deadly when the client turns out to be a notorious serial killer of prostitutes, wanted by the F.B.I. and transporting a kilo of high quality brown heroin.