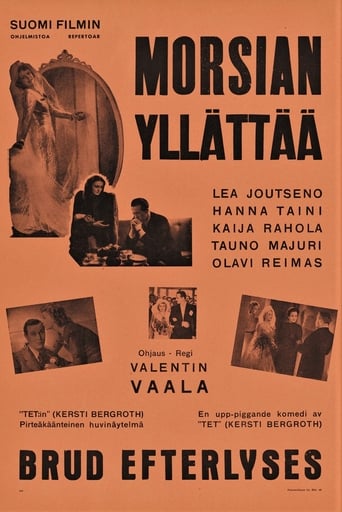 In her first starring role, Joutseno plays a young urban woman, Leila, who is about to marry Lauri (Tauno Majuri) in seven hours. The theme song of the film, "Seven Hours Till Happiness", is sung several times before the big moment comes, because old flames who have heard of the young couple's marriage plans keep coming back to them. Leila's great love was the poet Esko Raide (Olavi Reimas), whom she isn't at all sorry to see again. Lauri, on the other hand, is less excited about seeing Asta (Hanna Taini), a scheming society woman, who is willing to do anything but anything to win Lauri back again. She fools Laila into eloping before the wedding. Luckily, Lauri finds out about this and can go after his bride...