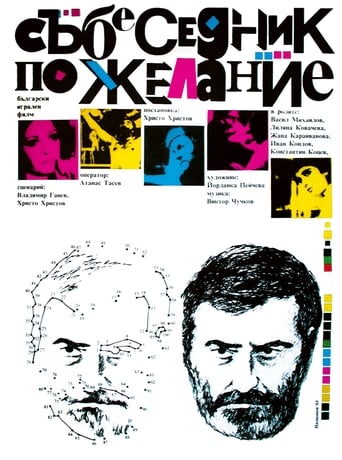 A famous stage and screen actor has been invited for an interview on 'Question Time', a popular Bulgarian TV program. He has fought heroically in the anti-fascist resistance and at present his talent is bringing him artistic satisfaction and fame. His personal life also seems to be trouble-free. After the end of Sunday program, however, he learns that he is terminally ill with leukemia. The prospect of death destroys his all too comfortable illusions and turns his ideas of life upside down. His love for a provincial actress, from whom he has broken away in the past, is rekindled. Now he needs a closer relationship with his only son, who owes many of his complexes to the egotism of his father. The deceptive harmony between genuine and pseudo art in his career gets disturbed. The protagonist devotes the last few month of his life to the staging of a play which has been rejected in the past, and which he has not had the courage to defend.