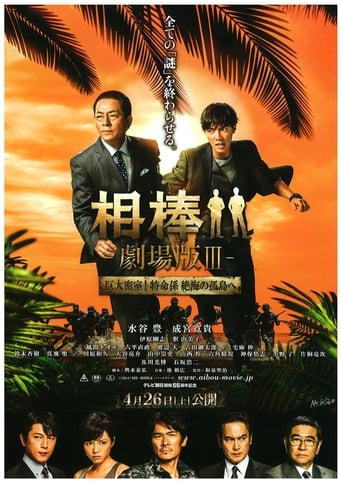 A news report circulates about a man who died after being kicked by a horse on a small island located 300km away from Tokyo. National Police Agency director Takeru Kanbe assigns Vice Director Mineaki Kai the task of making sure rumors surrounding the incident are fully investigated. Soon, partners Ukyo Sugishita and Tooru Kai are dispatched to the island to conduct the investigation. When Ukyo and Tooru arrive on the island, which is privately owned by a wealthy businessman, they discover a unit of former Self-Defense Forces personnel who have set up a small community as they participate in training exercises. While Ukyo initially expected to be investigating an accidental death, he quickly becomes convinced it was actually murder. However, when they finally manage to uncover conclusive evidence of this, the soldiers attack.