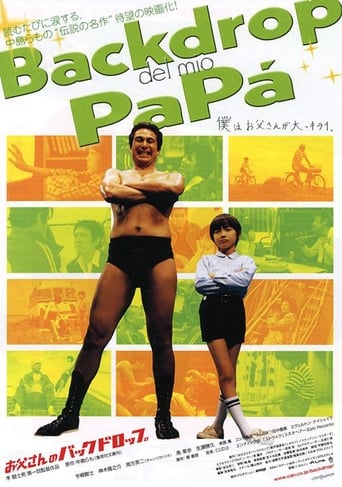 Middle-aged pro wrestler Ushinosuke's wife passes away, and he and his son, Kazuo, move in with his father. His fellow wrestlers help them shift house and celebrate their new home, but in the midst of their revelry sits Kazuo with a pained look on his face. He hates pro wrestling with a passion and is embarrassed by his father who has made a heel turn in order to save the ailing wrestling organization he belongs to. He even keeps his dad's profession a secret from his new classmates. When Ushinosuke finds out how his son feels, he sets up an unusual death match with a karate champion in a bid for acceptance. He is knocked down several times, but each time manages to rise to his feet and inch towards the championship. Finally he manages to unleash his finishing move, a devastating backdrop, and achieves a miraculous upset victory with Kazuo watching on proudly.