Raghu Jadhav and Dhanak Parekh are two individuals with contrasting personalities tied by the string of marriage, alliance and love. Raghu is a petty goon of Maharashtra. Savitri Jadhav, his mother acts as the matriarch of their village. Savitri wants her son to loot people so they can gain money and create a fearful reputation. Enter Dhanak, an aspiring IPS Officer. Raghu falls in love with Dhanak at first sight. Dhanak initially hates Raghu but later falls for him and the two marry. Savitri tries to create misunderstandings between Raghu and Dhanak but the two eventually sort things out. 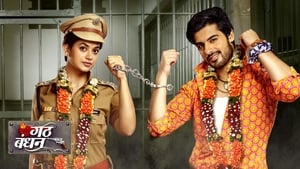