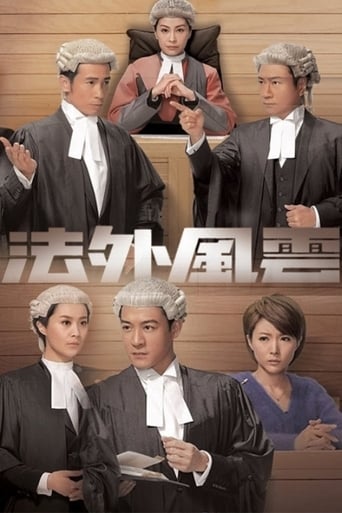 The two well known laywers YU YING WAI and LEE MING YEUNG are against each other in court. Because YING WAI wanted to win a case, it almost cost him his life and after that incident, he had a new view on life. Experienced lawyer LO SAM BO viewed the changed WAI differently, and recruited him to join his law firm as a probate lawyer. Due to his debt, YEUNG was forced to go back and work at his mentor SUM YIK WOR law firm and collaborates with his daughter and lawyer SUM YUT KAN. KAN had been in a relationship with the wealthy SUNG KA YIU for many years, but YIU loves merit too much and had no interest in ambitions, which gave YEUNG an opportunity win KAN's heart. When the hearing for a case involving a will began, the judge happened to be WAI's ex-wife and YEUNG's ex-girlfriend LUK SZE YING, the two heroes meet again, but together they discovered there was another side to the case. The person involved just happened to be WAI's apprentice CHING KA MING, whom had a huge connection to the case. The actions of the lawyer lifted a crisis of life and death.