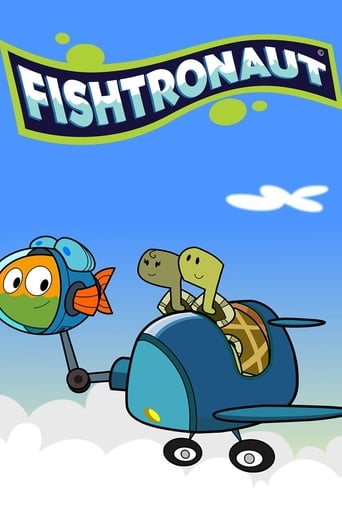 Fishtronaut is a Brazilian animated television series created by Celia Catunda and Kiko Mistrorigo and produced by TV PinGuim, in association with Discovery Kids. The series tells the story of Fishtronaut, a fish in a spacesuit, similar to reverse scuba gear, which allows him to fly and breathe out of water. He is a secret agent who, with his friends, Marina and Zeek, unravel the mysteries occurring in the Smiling Trees Park. They solve the mysteries with the help of a P.O.P., a magical multicolored ball containing clues vital to the mission. Viewers are invited to dance along with the heroes to a tune, so that the P.O.P. will open and release the clues inside. The series is aimed at children ages three to six, and debuted successfully on Discovery Kids on April 20, 2009. In the international market, the series is marketed by the names of Peztronauta or Fishtronaut. After success on TV, Peixonauta was produced as a play called Peixonauta to TV Theatre, which premiered January 9, 2011 in Rio de Janeiro. On November 9, 2012, a movie titled Peixonauta – Agente Secreto da O.S.T.R.A. was released. 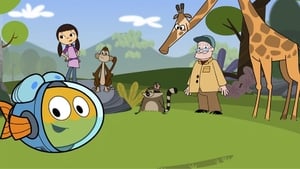