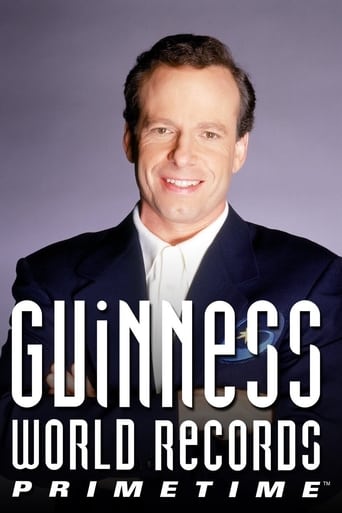 Guinness World Records Primetime is a TV show based on the Guinness Book of World Records, and aired on the Fox television network from July 27, 1998 to October 4, 2001. It was hosted by Cris Collinsworth and Mark Thompson and reported on existing record-holders or on new record attempts. These new record attempts included many unusual or bizarre categories such as a 300-pound tumor, squirting milk from one's eye, covering one's self with bees, sitting in a tub of snakes, regurgitating, burping, setting one's self on fire, eating metal, worms, and ketchup, kissing cobras, acting as a human speed bump, and entering a coffin full of cockroaches. Most of these attempts never found their way into the Guinness Book. The show was met with poor ratings and even poorer reviews: viewers and critics alike were confused and appalled by the disturbing "records" being attempted.