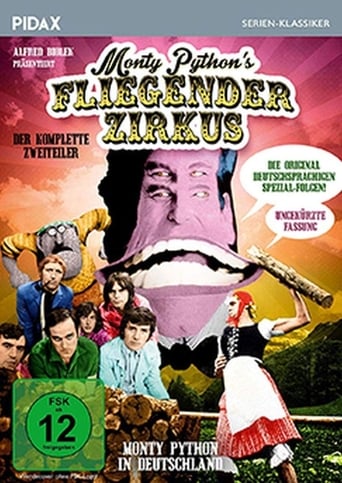 Monty Python's Fliegender Zirkus consisted of two 45-minute Monty Python German television comedy specials produced by WDR for West German television. The two episodes were first broadcast in January and December 1972 and were shot entirely on film and mostly on location in Bavaria, with the first episode recorded in German and the second recorded in English and then dubbed into German.