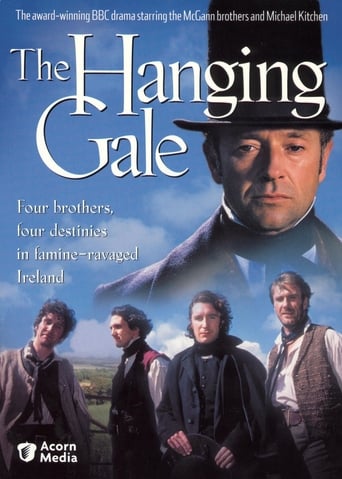 The Hanging Gale is a four-episode television serial which first aired on RTÉ One and BBC1 in 1995. The series was a British–Irish co-production, made by Little Bird Films for BBC Northern Ireland in association with Raidió Teilifís Éireann, with support from the Irish Film Board. The serial, set in 1846 at the beginning of Ireland's Great Famine, starred the four McGann brothers: Joe McGann, Paul McGann, Mark McGann and Stephen McGann, and was based on an original idea by Joe and Stephen McGann while researching their family's history. The title of the series comes from the term 'hanging gale', the name for a widespread practice in Ireland at the time, where a landlord would allow new tenants a six-month grace period on payment of their rent, with the expectation that the rent owed would be paid when the land's crops were harvested and sold.