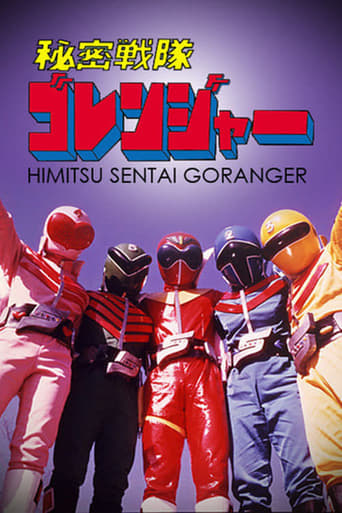 As world peace is being unbalanced due to the emergence of the Black Cross Army, the United Nations has established a peacekeeping organization called "EAGLE" or the Earth Guard League to combat the dangerous terrorist group. Upon the placing of the EAGLE bases across Japan, the Black Cross Army under takes a sneak attack at five of the EAGLE bases leaving all of the personnel dead except for five members from the five destroyed bases. The survivors were summoned to EAGLE's secret base located under a snack shop where they have been chosen by Commander Gonpachi Edogawa to become EAGLE's Secret Squadron Gorenger. Given the powers of five multi-color electronic battle suits, the Gorengers are Earth's best chance of defeating the entire force of the Black Cross Army.