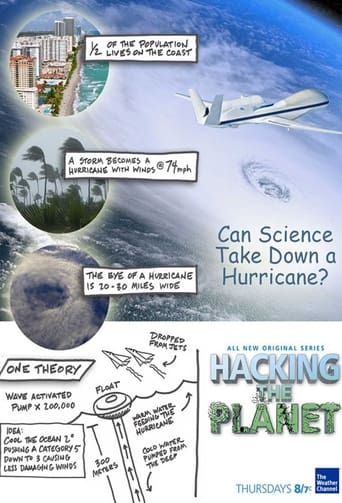 Everybody talks about the weather, but nobody does anything about it," according to a popular saying often attributed to Mark Twain. That may have been true but not so much now, because there are people trying to do something about the weather. This docuseries, hosted by former science writer John Rennie, looks at the work of scientists trying to develop ways to prevent, weaken or redirect dangerous weather and geological phenomena, like tornadoes, hurricanes, earthquakes and volcanic eruptions. Each episode follows Rennie as he conducts a series of experiments to figure out how, potentially, to manipulate the Earth -- and whether it would help or harm mankind or the planet. Assisting Rennie are science blogger Cara Santa Maria and science comedian Brian Malow -- yes, he's a science comedian -- who talk the host through the plausibility of each scenario.