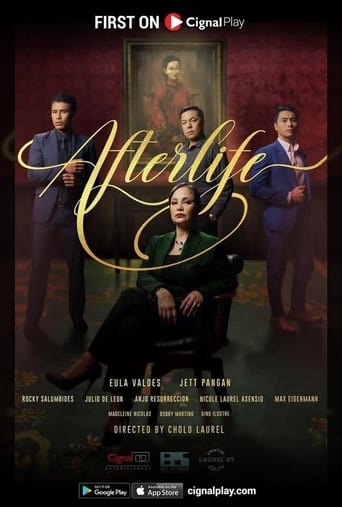 Peter, a deceased Filipino-Chinese businessman, returns as a ghost and is bonded to Romy, a Filipino caretaker of a columbarium. He discovers that his family declared his death a suicide which is most unlikely of him. Not able to recall how he really died, he sets out for the truth with the help of Romy. They do not expect the complexity of what unravels. Set in the heart of Manila's vibrant Chinatown, After Life is a dark drama with Shakespearean complexities of family dysfunction, untold secrets, greed and deceit. It thrusts us into the spicy play of Chinese and Filipino cultures, and their socio-political dynamics. It is a story of an unsettled soul, it is also a poignant tale of two fathers, trying their best to mend what has been broken in their relationships. As it unfolds, they learn to let of the pride that weighs them down in order to protect what truly matters in the end.