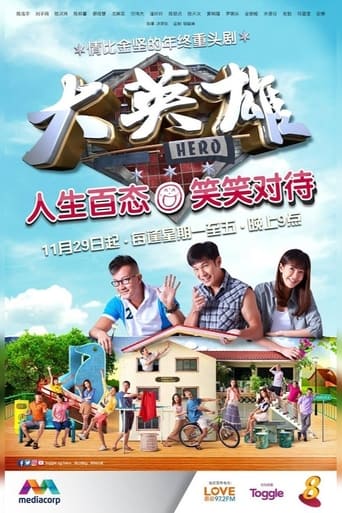 The story starts in Dakota Crescent, an old estate which is going to be reclaimed by the authorities for redevelopment. The story centres around three protagonists living in Dakota Crescent, Zhou Fa Da, Ye Xiao Ying and Zhang Wei Xiong. Big Brother Fa Da, Wei Xiong and Xiao Ying are the three musketeers of the neighborhood, people often refer to them as "The Heroes". Within ten years, Wei Xiong has become a capable lawyer, Xiao Ying now has a wife. During these ten years, Big brother left Dakota Crescent without a word. Nobody knows of his whereabouts, not even Wei Xiong. This led the neighbours into making wild speculations about his disappearance. Some said he was involved in a kidnapping case, other said that he was in prison. Ten years later, Big brother is finally back. He still retains his strong sense of justice and is prone to impulsiveness, hence turning the neighborhood upside down. However, he refuses to reveal the reasons behind his disappearance.