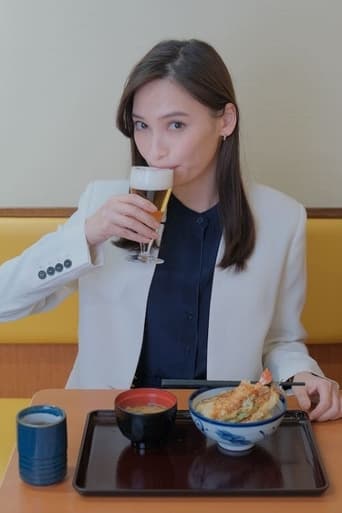 Mei Benikawa is 28-years-old. She works in the public relations department for a cosmetics company. She is beautiful and does her job so well that she was chosen as the leader of the public relations department at a relatively young age. Mei Benikawa is also the target of jealousy by her co-workers. Rumors exist that she goes goes overboard eating only healthy foods to maintain her appearance. In reality, Mei Benikawa enjoys drinking alcohol alone at a chain restaurant on her way home from work. She treats herself to this as a reward for working hard. She drinks alcohol and eats alone for an inexpensive price. Doing this, Mei Benikawa encourages herself for tomorrow.