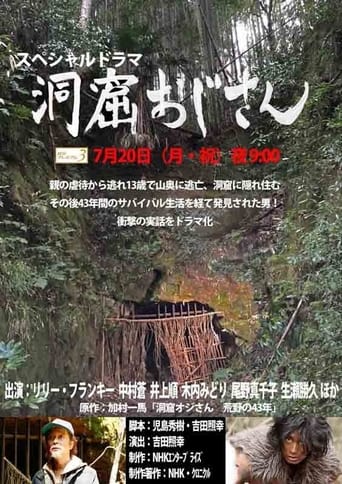 In a farming village in 1959 (Showa 34), Kayama Kazuma (Tomita Kaito) grew up in a poor family. He left home at 13 because he could not tolerate ill-treatment from his parents and lived hidden in a cave deep in the mountains. He became proficient at survival skills such as making bows and arrows, and catching rabbits and wild boars on his own. His beloved dog supported him through this lonely life. Several years later, a kind farming couple Sunagawa Yoshio (Inoue Jun) and Masayo (Kiuchi Midori) discover a man clad in animal fur living in a cave. He is the grown-up Kazuma (Nakamura Aoi). Kazuma starts to make contact with the world despite his confusion … --JDramas Weblog