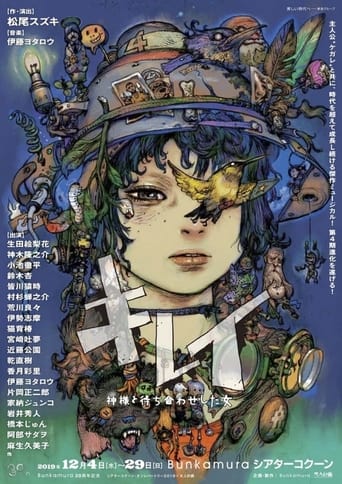 There is “another Japan,” which is divided into three countries and has been in ethnic conflict for 100 years. In the middle of the conflict, a young girl (Ikuta Erika) was kidnapped and confined by a group calling itself “National Liberation Army.” However, the girl has escaped from them to the outside world for the first time in 10 years. She befriends a girl whose father runs a business recycling artificial soldiers made from soybeans. They meet the group of boys including Harikona (Ryunosuke Kamiki) who has the ability to make flowers bloom. Keeping watch over Kegare is her adult self, Misa. This empathetic play transcends time and space. As past, present, and future get jumbled up, Kegare finally confronts an unpleasant memory that she should have forgotten. (Source: @floren646730)