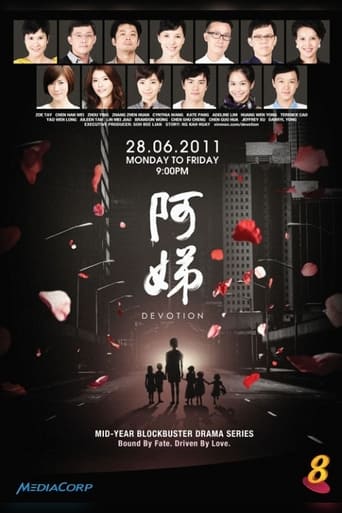 Devotion is a Singaporean Chinese drama which was telecasted on Singapore's free-to-air channel, MediaCorp Channel 8. It made its debut on 28 June 2011 and ended its run on 1 August 2011. This drama serial consists of 25 episodes, and was screened on every weekday night at 9.00 pm. The storyline spans 40 years, and is also dubbed the mid-year blockbuster-cum-47th anniversary drama.