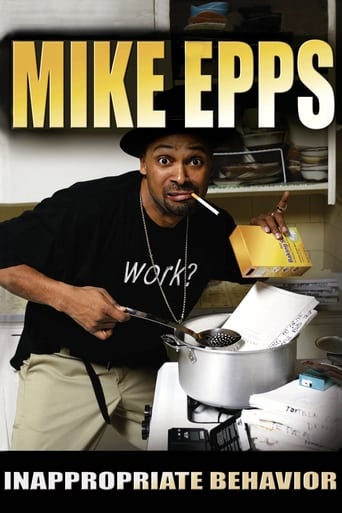 Mike Epps is the hottest, most coveted and brightest new star in the world of comedy. He has already starred in numerous cult films including The Friday franchise and All About the Benjamins with Ice Cube, The Honeymooners with Cedric the Entertainer and Roll Bounce with Bow Wow & Nick Cannon. Now, Mike Epps is set to explode onto the scene with his very own HBO series entitled "Unsuccessful Thug," while preparing to star as the lead role in Richard Pryor’s life story. To see Mike Epps live is to experience laughter at its highest peak. You will be doubled over with stomach pains as Mike Epps gives you 60 minutes of brash, unapologetic comedy as only he can on his debut DVD "Mike Epps – Inappropriate Behavior." UrbanWorks Entertainment is proud to welcome Mike Epps into the prestigious Platinum Comedy Series. Enjoy "Mike Epps – Inappropriate Behavior" and the Platinum Comedy Series at home on the television or in the car! Bringing you the Funniest Comedian