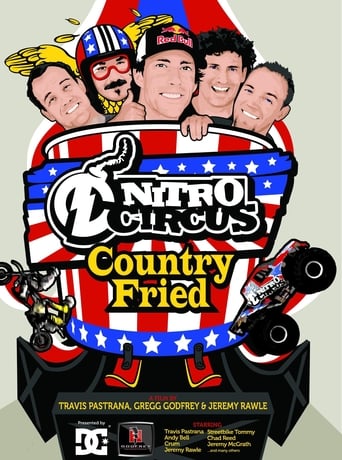 Travis Pastrana took a few hours out of his marathon mountain bike ride and Rally Car race schedule to finally land his infamous 720 flip trick that went so wrong at X Games in the summer. Travis rode out of the completed trick, but re-named it the TP7 as he still needs 20 degrees of rotation to call it perfect! Chad Reed made a guest appearance as a Nitro Circus Crew member and took part in some explosive Supercross action caught in its full glory on super high speed cameras. The results were incredible! As a final gesture to confirm that Chad has really joined the Circus, he rode over to the scene of Travis' TP7 and proceeded to land his first ever backflip — all on his full factory 450 Suzuki!