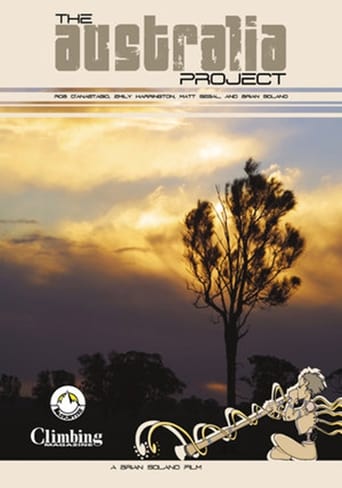 In the summer of 2004, four of America’s most talented youth traveled to Australia to shoot a feature length rockclimbing film in the continent’s most premier climbing areas. The Australia Project, starring Rob D’Anastasio, Emily Harrington, Matt Segal, and Brian Solano features such world-class climbing areas as the renowned Grampians National Park, Mt. Arapiles, Nowra, Armidale, Bungonia Gorge, and the majestic sea cliff Point Perpendicular. They journeyed across the globe together to embark on the adventure of a lifetime; they encountered exotic wildlife, pristine scenery, and a unique story to tell. Behold their struggles and triumphs both on rock and in the realm of traveling as they come across unexpected adventure and exploration. Step behind the lens of BS Productions as these four athletes prove themselves in the land down under. Witness stunning bouldering and sport climbing as well as outstanding traditional climbing in this feature film.