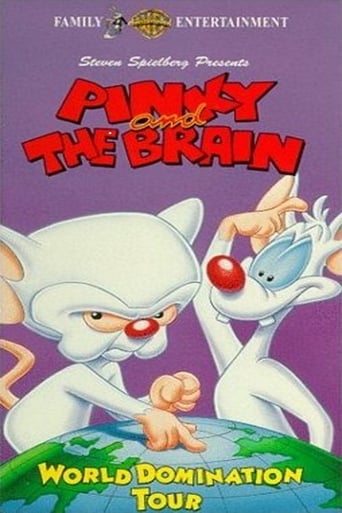 Pinky and Brain are genetically enhanced laboratory mice who reside in a cage in the Acme Labs research facility to test their unique personalities. Brain's personality is self-centered and scheming, and Pinky's personality is good-natured but feeble-minded. In each episode, Brain devises a new plan to take over the world, which ultimately ends in failure, usually due to Pinky's idiocy or the impossibility of Brain's plan. The bulk of every episode involves one of Brain's plans for world domination with Pinky's assistance and the ultimate failure of that plan. One centers on his rival Snowball's plan to take over the world using Microsponge. Another episode features Brain's single day where he tries to do anything but take over the world; in the end, a group of people vote that he should take over the world on the one day he does not want to. Episodes: "Pavlov's Mice" "Brain Meets Brawn" "Where Rodents Dare" "Tokyo Grows"