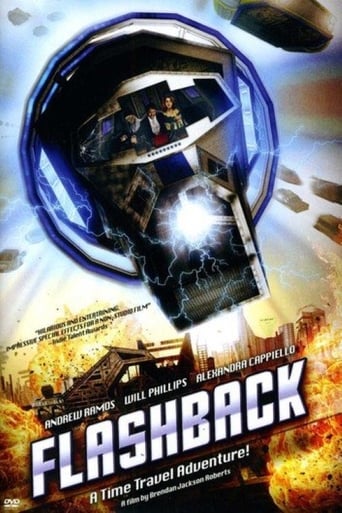 In the distant future, Flashback Films has been taken over by a sinister soda company, and the state of the movie industry is wilder than ever! Robots are replacing the studio's workforce, and Time Travel is on the cutting edge of moviemaking technology. Jack Taylor, the back lot's last human janitor, plunges the studio into chaos in order to steal a date with starlet Tiffany Sloane. To fix his mistakes, Jack commandeers the studio's prop-collecting time machine and ends up at the center of an explosive corporate conspiracy. Science fiction adventure meets Hollywood satire in this action-packed comedy as jack and Tiffany escape the clutches of furious studio executives, gun-toting reporters, an angry velociraptor, and an entire army of robots. With danger and hilarity around every corner, it's gonna take one hell of a janitor to clean up this mess!