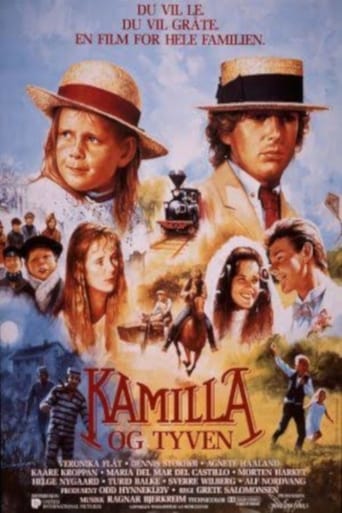 Kamilla and the Thief (Kamilla og Tyven) is a Norwegian family movie from 1988 directed by Grete Salomonsen and produced by her husband Odd Hynnekleiv. The movie is an adaption from a Norwegian children's novel by Kari Vinje, and is the first feature film of renowned Norwegian actor Dennis Storhøi and also stars 80's pop idol Morten Harket in a minor role. Kamilla and the Thief was a huge success in Norway, selling half a million tickets (in a country of 4.5 million people). It was so popular that a sequel was made, Kamilla and the Thief II, which was released the year after. In 2005 both movies were digitally restored and released on DVD.